We are a project of 7,236 NFT arts, created exclusively by artist Di Couto.

We know the importance of women's participation in new technologies, which is why we are a project that believes in diversity and inclusion.
Together we can create a more equal Web3.

Together we can create a better world.

By owning this first collection Women Force NFT you own a unique beautiful piece of art and you make a significant contribution to the protection of the Amazon Rainforest.

We opened up our Pre-Sales! You can buy a beautiful Women Force Membership NFT and get instant access to our perks and benefits. You will also receive a digital art and one of our Amazon Collection NFTs as part of this membership.

Benefits for our Community


Renata is Brazilian, a mother and an international marketing professional who has lived in Brazil, the US, France and currently in the Netherlands with her family. She has 15 years of professional experience working across commercial, digital and marketing teams.

Marketing is her professional background, but she always wanted to use her marketing skills to defend and raise awareness for social causes she believes in. She felt in love with the new possibilities that blockchain, NFTs and Web3 bring to inspire new business models, to use tech for good, to bring more inclusionand to create new jobs.

Learning new technologies, supporting gender inequalities and protecting the enviroment have a huge value to her.


Art has played a major part in her life since she was little, learning to paint with her grandfather.

In 2007 she started painting in the streets, creating some amazing works during this period. In 2016, after becoming a mother, she changed her aesthetics and approach, bringing themes such as feminism and motherhood to the walls and screens.

She has already exhibited her work at Wynwood / Miami, New York, Portugal, Rio de Janeiro and São Paulo (Brazil). She has worked and partnered with major brands such as Adidas,  L'Oréal, Vanity Fair, Gucci and Harper's Bazaar, among others.

She has also recently done work for the UN in Brazil, exposed her work at  UNESCO in Paris and Miami Art Basel (Nov 2022). 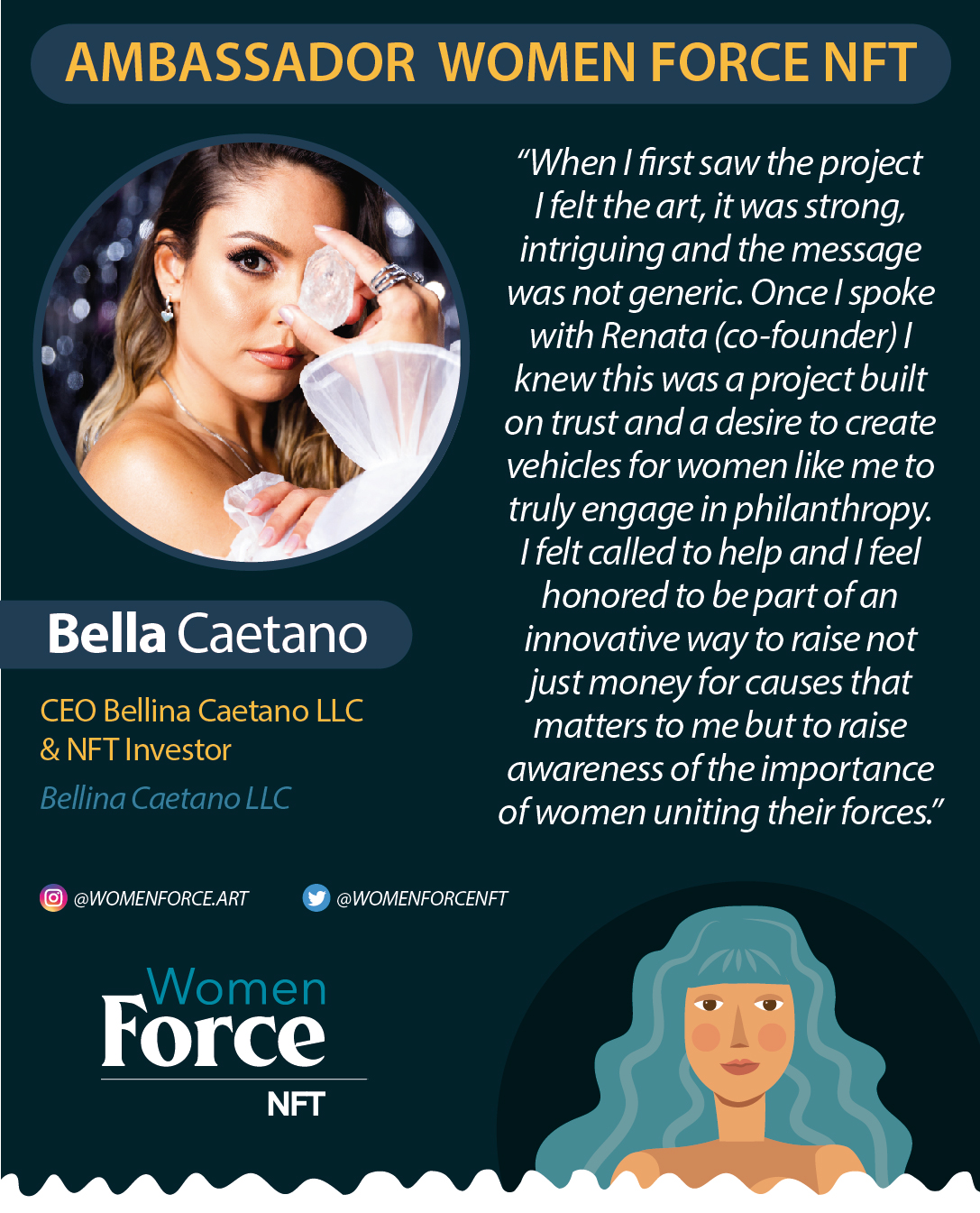 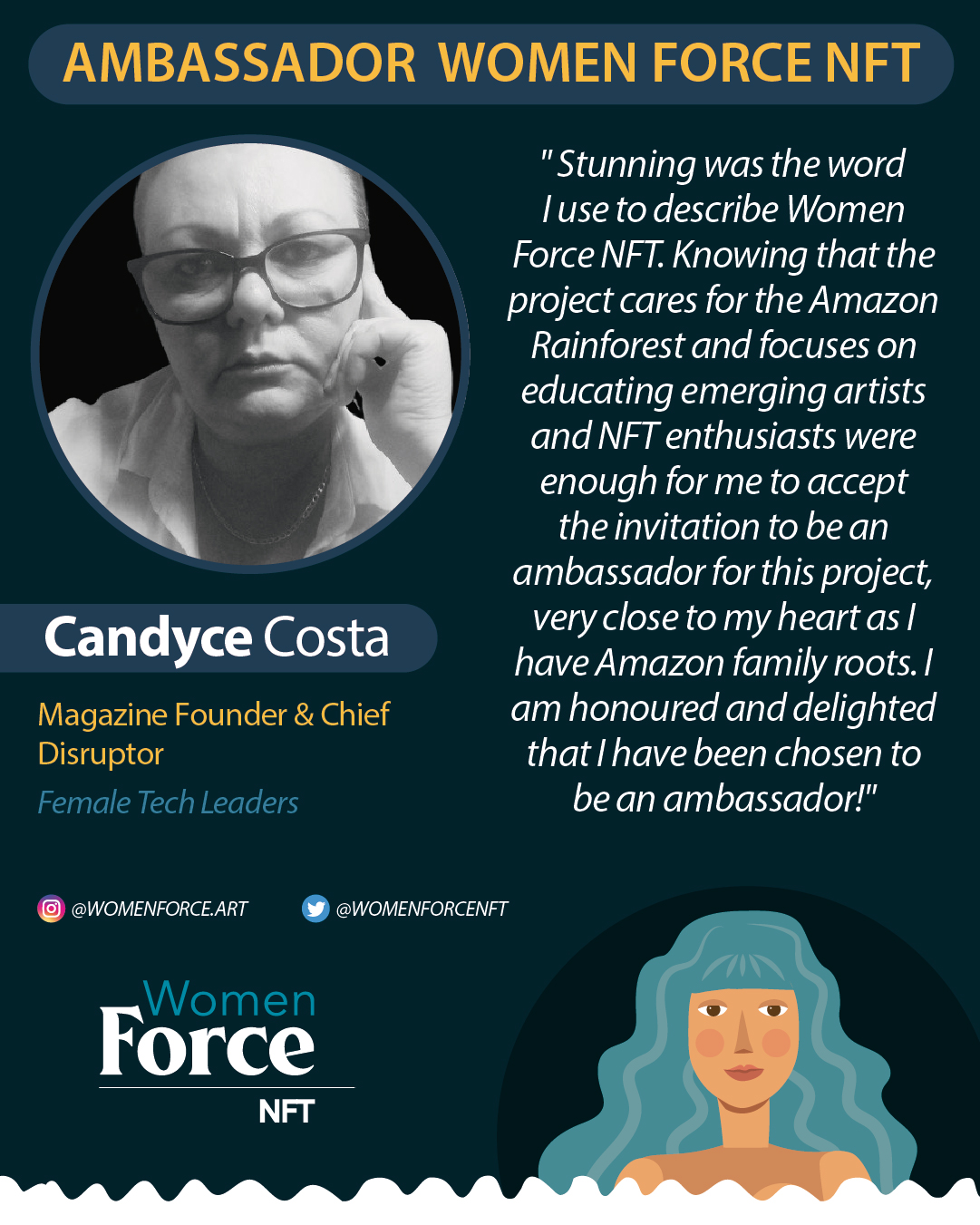 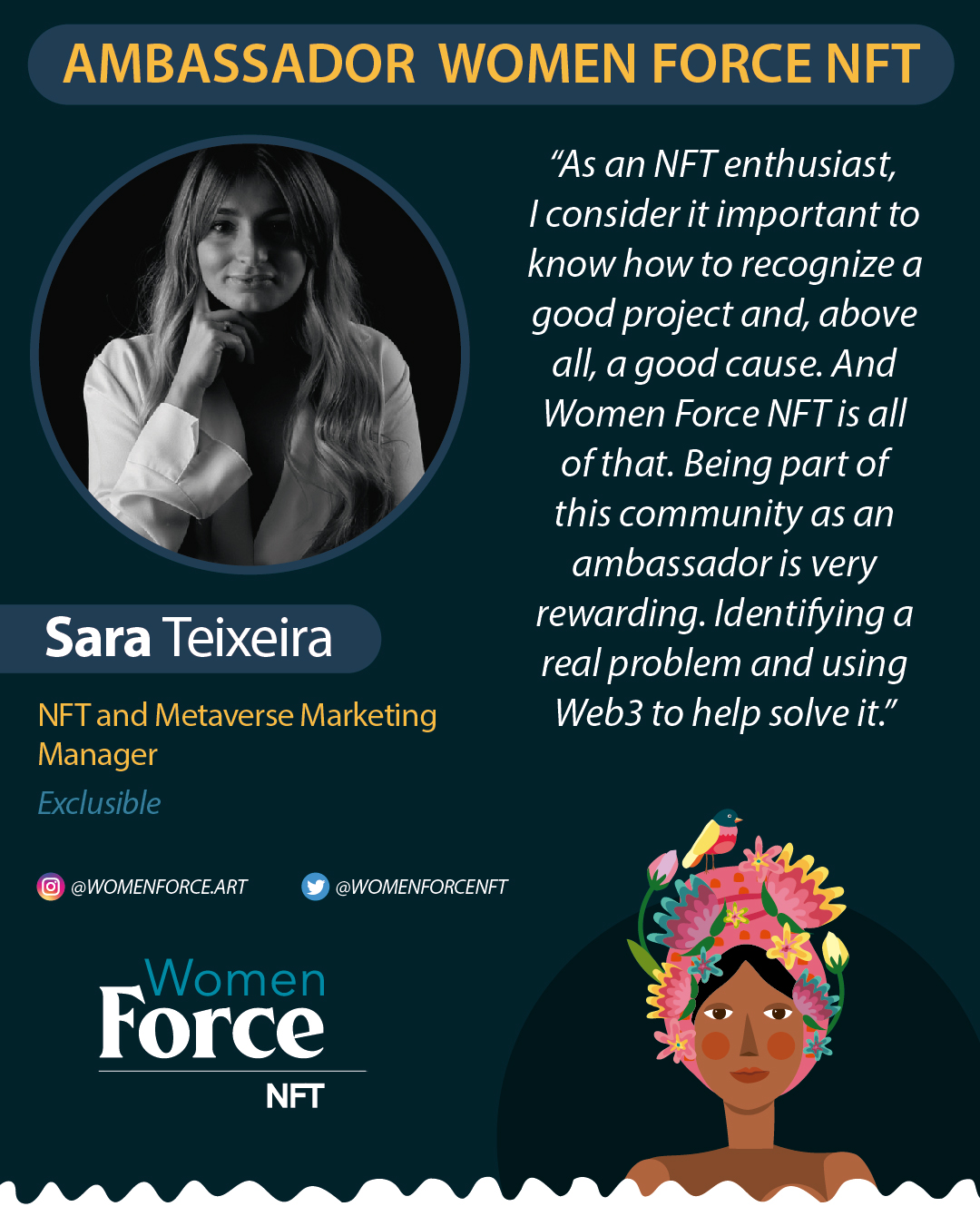 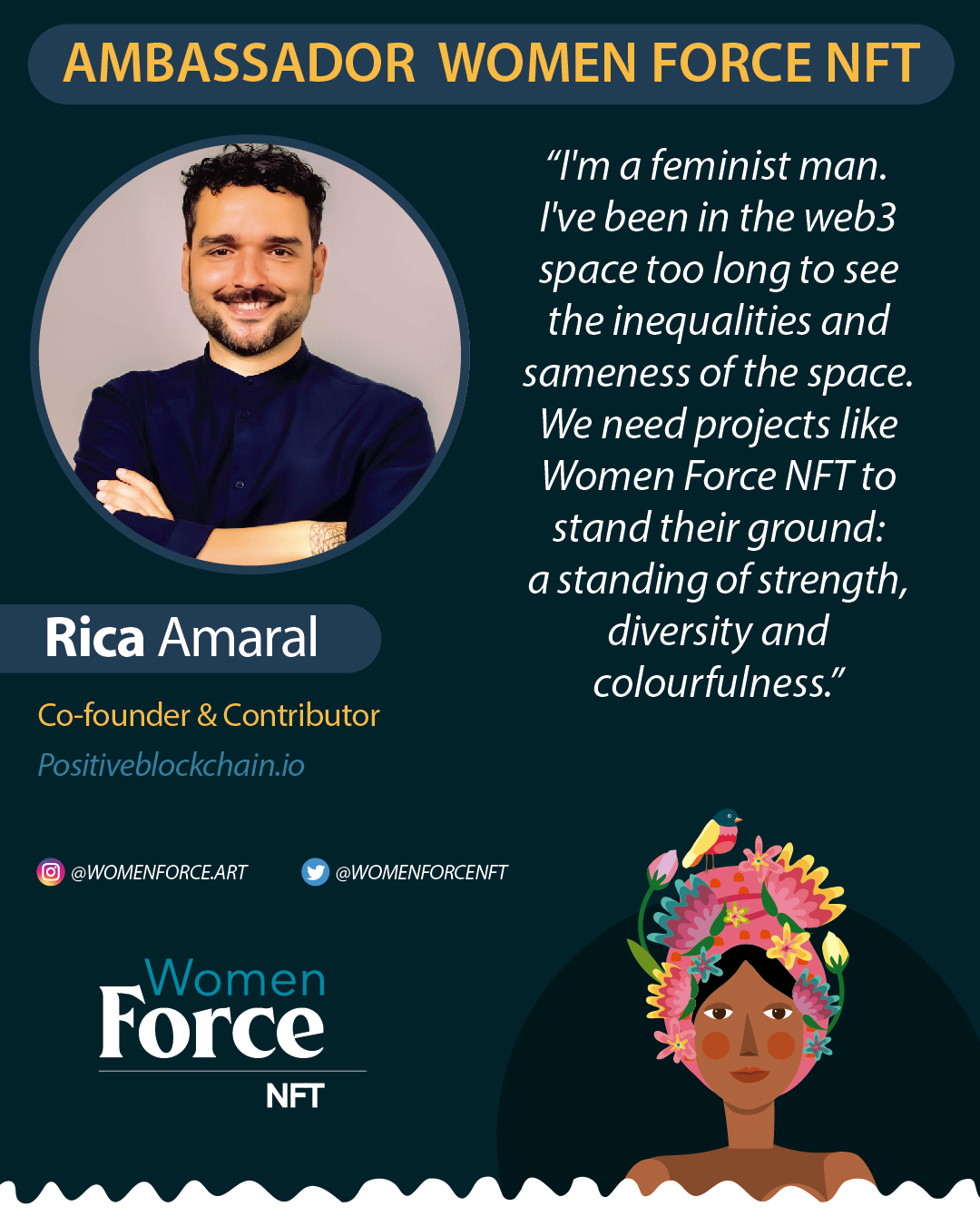 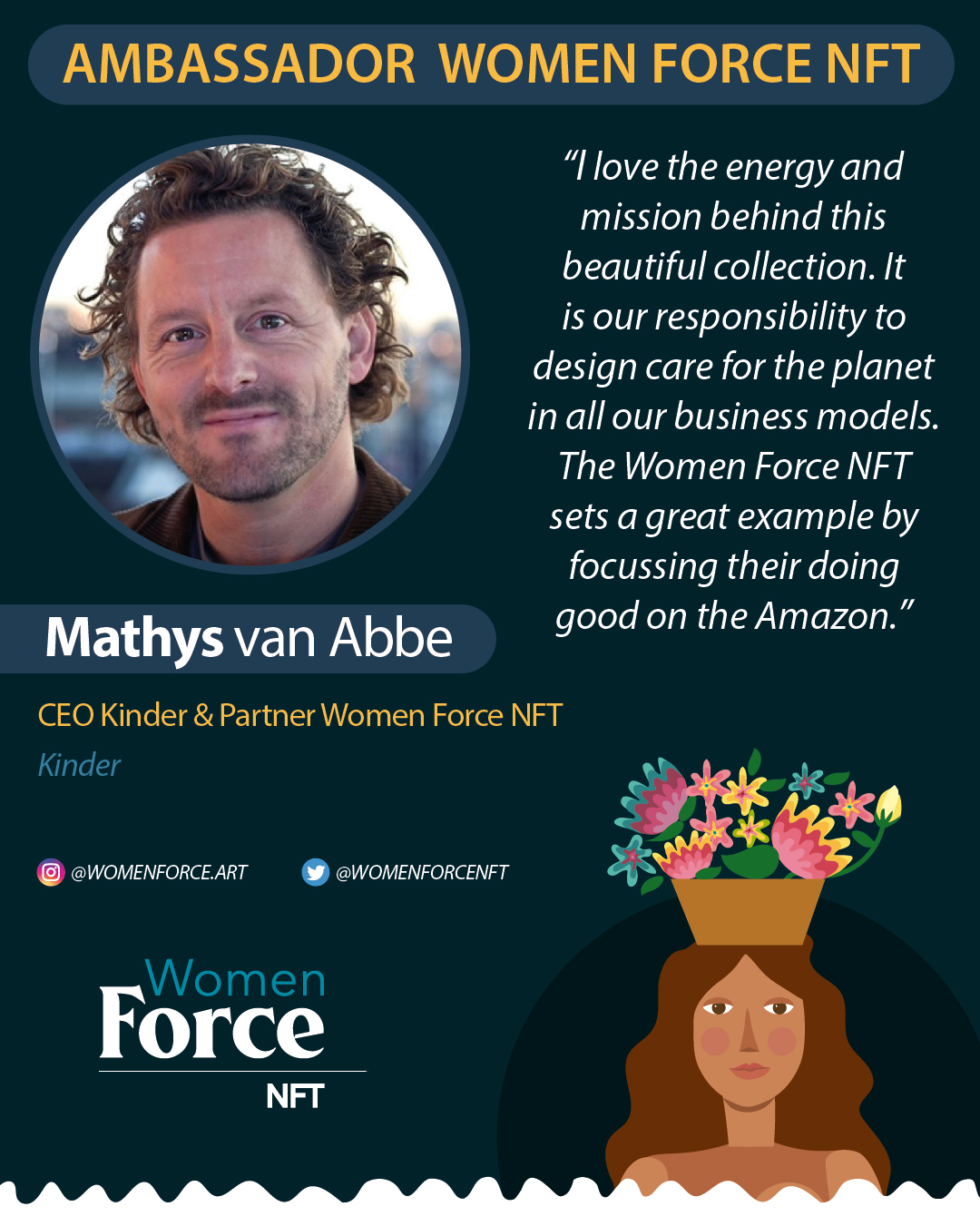 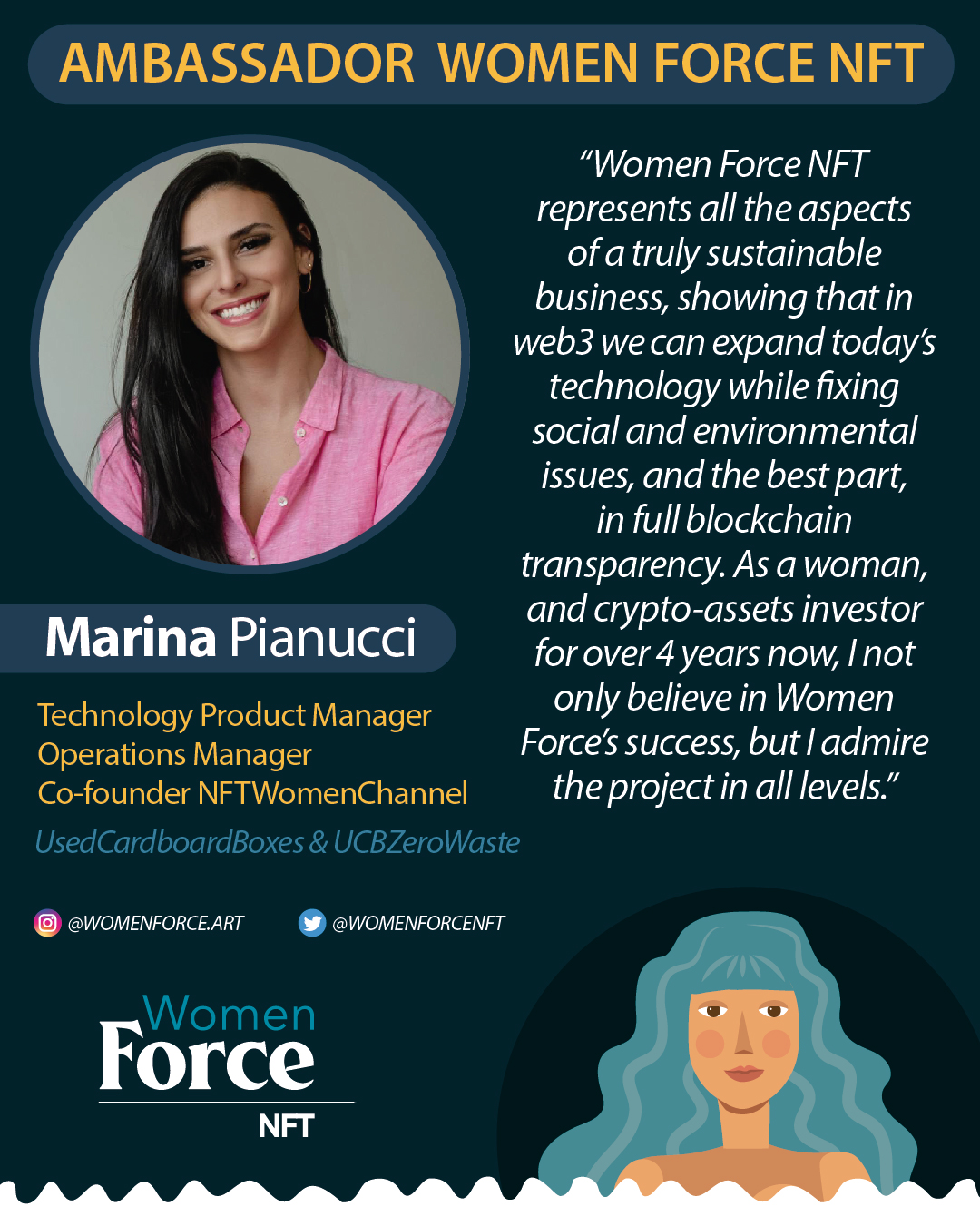 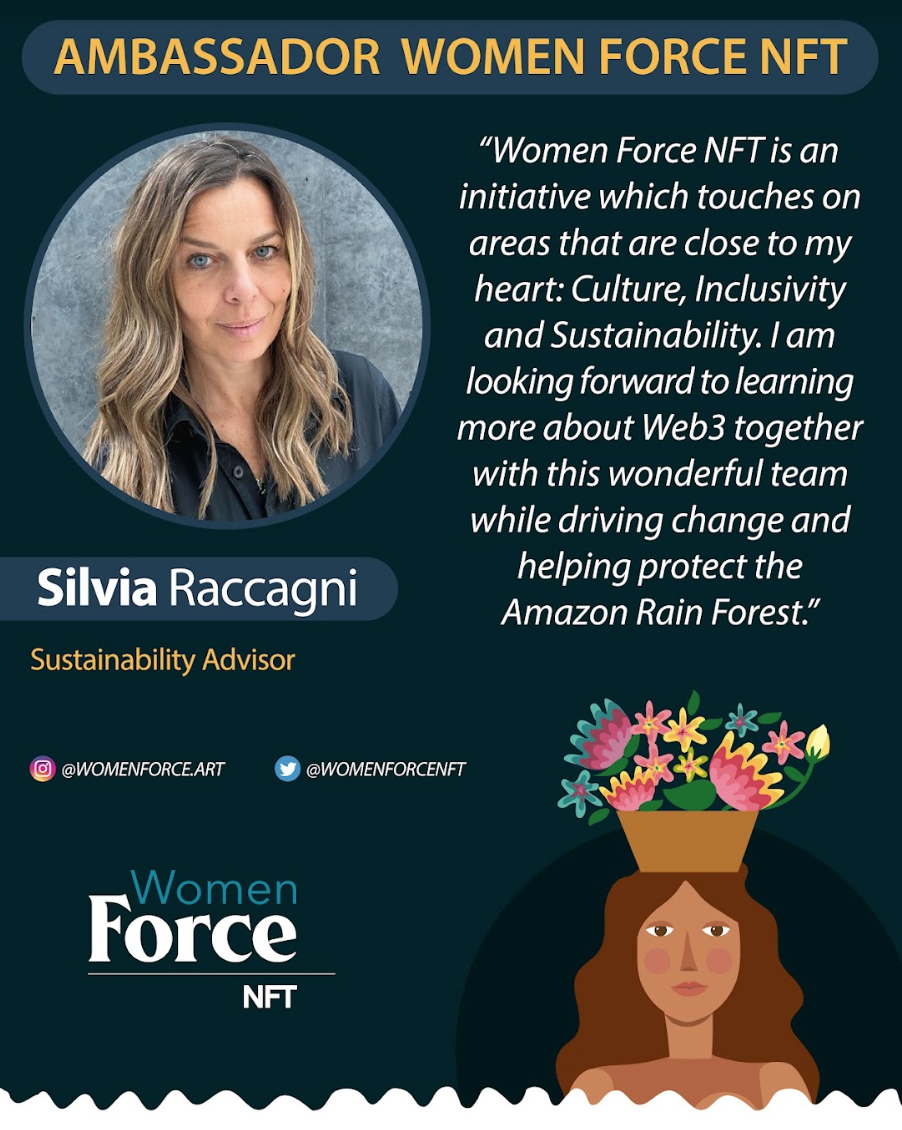 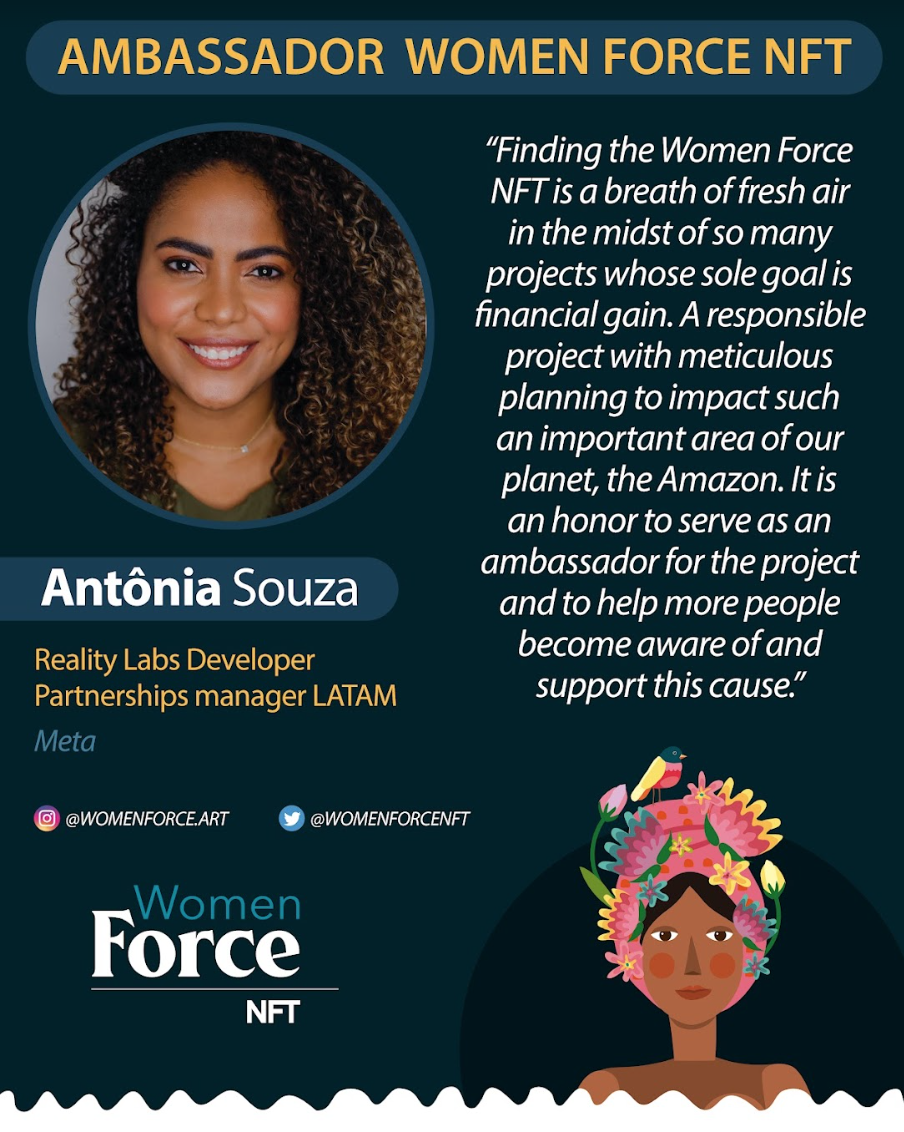